Behind The Scenes With ERIE’s CAT Team

Weather is unpredictable—but you don’t need us to tell you that. From a weather event as large as a tornado, to as common as a bad rain storm, weather can wreak havoc on your home, vehicle, and stress levels. But that’s why you have Erie Insurance, to help protect you from the aftermath of some of the nastiest weather occurrences.

This past fall, North Carolina became one of the worst-hit areas in ERIE’s footprint. The state hurdled through two hurricanes, Florence and Michael, as well as a small tornado, bringing high wind and water damage to several thousand ERIE customers.

Hurricanes are unpredictable by nature, and their forecasts are ever changing. Hurricane Florence initially approached North Carolina as a Category 2 storm, then whipped into a Category 4 before slowing down and hitting the state as a Category 2. ERIE’s Charlotte and Raleigh branches were prepared for the worst, extremely concerned they would receive a hurricane as disastrous as Fran back in 1996.

Natural disasters like these are what ERIE’s Catastrophe (CAT) Team is trained for. Vice President of Claims at ERIE’s Raleigh Branch, Christy Yousefnejad, described the specially trained catastrophe coordinators’ arrival, noting it “felt like the FBI rolled up into the local police station.”

These were professionals who were there to get the job done and prepared to conquer disaster claims in the most efficient way possible. With mapping software, strategies, and back-up strategies, the CAT team was equipped ahead of the storm. “They are a big reason why our customers’ claims are handled so efficiently in these types of events,” said Christy.

Related: What to Do Before, During and After a Hurricane

ERIE agents were also happy to have the CAT team deployed and ready to help with the claims process for many of their clients. ERIE Agent Mark Corbett of Corbett and Scott Insurance Group in Wilson, North Carolina said his customers were extremely satisfied with how quickly adjusters came to their houses and were able to handle claims. “Frankly, we are not surprised at the level of service that our clients received during these storms, as we have come to expect this from ERIE,” said Mark. “As usual, ERIE did not disappoint.”

Related: What Does an Insurance Adjuster Do?

The CAT team isn’t the only crucial element, though. ERIE’s First Notice of Loss (FNOL) and Customer Care teams were prepped and trained before the storm came on how to handle the large, anticipated influx of phone calls and loss reports. “We want our customers to know exactly what they can expect when they call in,” said Christy. “Much of the human touch starts with our FNOL and Customer Care teams; they are the ones who give customers guidance and instruction about what comes next.”

ERIE received approximately 6,500 claims that needed to be assessed, and 95 percent of those were handled on the spot. “During a natural disaster, we can get in excess of 1,000 claims a day, and with the help of the CAT team, we were able to allocate our resources, get our adjusters in place, and help our customers get back to their normal lives,” said Christy.

Related: What Happens When I File a Homeowners Claim?

While hurricane season begins in June, other natural disasters aren’t on a schedule, so no matter where you live, it’s a good idea to check in with your ERIE agent. That way you can make sure you understand your coverage and have the right home insurance in place to weather any storms that could come your way.

Haven’t heard of us? Erie Insurance started with humble beginnings in 1925 with a mission to emphasize customer service above all else. Though we’ve grown to reach the Fortune 500 list, we still haven’t lost the human touch.

Contact Patrick Insurance Agency today to experience the ERIE difference for yourself. 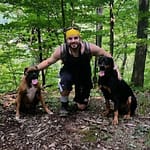 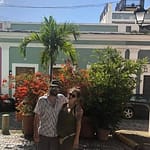 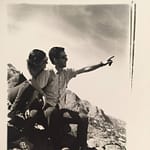 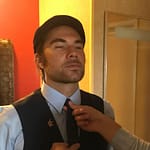 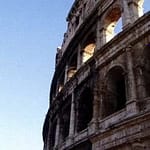 ...efficient and timely and provided me with a great quote for insurance.Jan Z., Sinking Spring, PA
See All ReviewsSee All Reviews